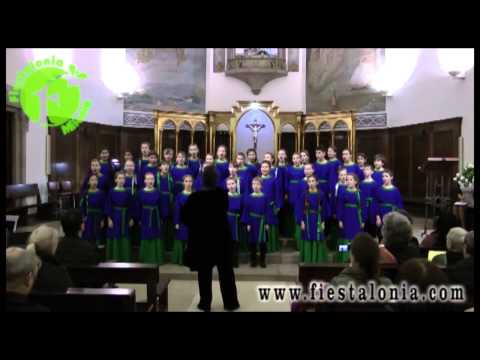 Choir contest GOLDEN VOICES OF MONTSERRAT– is an event of the year, whose organizer is Spanish Festival Committee FIESTALONIA MILENIO. The feature of the action is that concluding performance of choirs is held in a famous monastic complex Montserrat jointly with the world famous choir of boys with unbroken voices. Secular choirs are allowed to perform in Monastic complex for the first time in its thousand-year history. Performance will be held in the context of Spiritual oration to Mother of God. WE INVITE REPRESENTATIVES OF ALL RELIGIONS!
Award winners are defined: laureates of three degrees and Grand Prix winners, prize winners, participants of the festival. All groups-participants of the festival-contest will be awarded with prizes and diplomas from the founders and the organizers of the Festival. Jury of the festival is made-up of cultural workers of Spain, France, Canada and CIS countries.